The UN-Water, the United Nations’ inter-agency for water-related issues defines Water Security as: The capacity of a population to safeguard sustainable access to adequate quantities of and acceptable quality water for sustaining livelihoods, human well-being, and socio-economic development, for ensuring protection against water-borne pollution and water-related disasters, and for preserving ecosystems in a climate of peace and political stability.

When confronting water scarcity, as many regions of the World do today, usually the most difficult aspect of Water Security is the shortage of adequate quantities of water.  This situation compels the safeguarding the sustainability of whatever volume is available; in each case, by means of guaranteeing the water supply and demand balance that must exist in the continuum of time.

The present project deals with a real life Water Security case. The watershed selected for the project was the San Pedro River Valley with a surface of 930 square miles, located in the State of Aguascalientes, México, about 560 kilometers northwest of Mexico City in the southern part of the Mexican Altiplano, a large arid-to-semiarid plateau that occupies much of northern and central Mexico.

The city of Aguascalientes, capital of the State, with close to one million inhabitants, is within the San Pedro River Valley limits. The region also encompasses the bulk of the State’s industry as well as important agricultural producing land.  The system formed by the catchment that feeds the Calles Dam that supplies irrigation to a 7,000 hectares agricultural producing district known as DR001 is also part of this region. The DR001 supplements the surface water from the Calles Dam with water extraction from the Aguascalientes aquifer that lies under the San Pedro River Valley and that also supplies water for urban and industrial uses in the Valley.

Although it is known that the Valley’s water resources are dwindling, its growth has continued unabated.   In light of this situation, two pressing concerns were presented to water authorities by a group of agricultural, urban and industrial users:

To address these concerns a climate scenario for rain, temperature and evaporation was built utilizing methodologies such as Historical Weather Analogies, Historical Weather Analogies perturbed by long- term regional trends to take into account the effects of El Niño and la Niña in the region were employed recommended by the U.N. Intergovernmental Panel on Climate Change for regional, bottom-up models like MAUA/San Pedro, a customized version of MAUA for this project were employed.

Concern 1. The 30-year scenarios tested with the MAUA/San Pedro indicated that the conclusion of the Calles Dam–DR001 system modernization project was essential to ensure its sustainability.

Concern 2. Regarding the aquifer sustainability, recycling of the treated waters from the city of Aguascalientes and the adjacent industrial belt showed a substantial reduction of the aquifer extraction when they were reutilized for non-consumptive industrial uses. 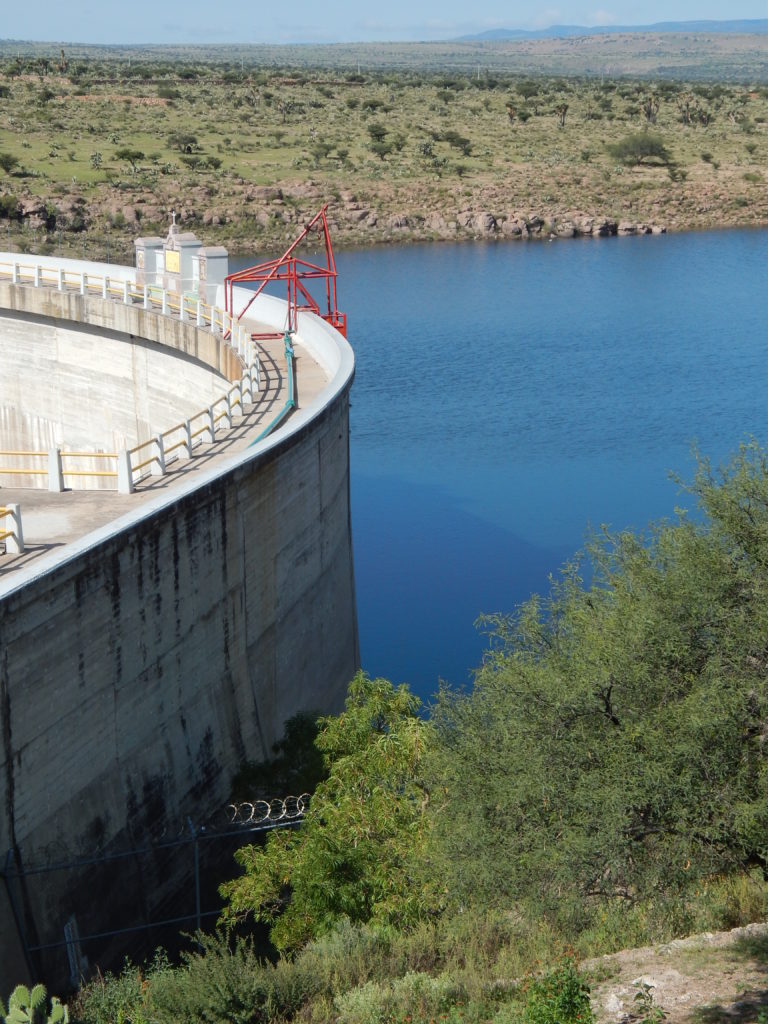