Some fifty years ago, the State of Guanajuato in central Mexico was considered the country’s “bread basket” supplying most of its grain needs.  Endowed with a valley that crosses the state from the east to the west, measuring almost 100 miles long and between 20 and 30 miles across, the “Bajio”, as this low valley is known had the ideal conditions for a diversified agricultural production.

The Bajio, crossed by the Lerma river, endowed with a benign climate and provided with large number of freshwater aquifers continues to be one of Mexico’s prime agricultural producing regions. So what has happened in the last 50 years? Why is it more necessary today than in the past to carefully watch the water resources of Guanajuato?  There are three factors that, over time, have contributed to the current water resources problems:

It is evident that the Lerma River carries to Lake Chapala smaller volumes of water than in the past but a more obvious cause for the lake’s drying up is the near explosive growth of Guadalajara, the second largest city in Mexico.  Guadalajara is geographically adjacent to Lake Chapala and draws its drinking and industrial waters from the lake.  The national water authorities adamantly refuse to accept this fact as the main source of trouble for the lake.  They believe that a reasonable level in the lake  can be achieved by enforcing a 20 year old treaty that adjusts the distribution of the Lerma water’s among the states on its basin by using as the deciding criteria the following year’s long term precipitation forecast.

The Planning Process in Guanajuato in the Decade of the 1990s

At the beginning of the decade of the 1990s, the Government of the State of Guanajuato set as one of its highest priorities the need to change the direction of the state development.  To do so, an effort to identify the strengths and weaknesses of the state -that also took into account the changes of Mexico and the World – was undertaken.

Between 1991 and 1994 the project Guanajuato XXI Century, was undertaken, having as its objective to “find a new mechanism to direct the state development”, and as one of its short term goals to “generate possible long-term futures that will indicate what actions to take in the present to reach the desirable future”.  An integral part of this project, was the State Foresight Study, whose purpose was to “generate expected futures that can be used as guidelines for the state development”.  To prepare the Study, a foresight dynamic simulation model that portrays the reality of the state of Guanajuato, ProEstado –Guanajuato was built.

ProEstado-Guanajuato is a Systems and Control Engineering model, built as a set of linear differential equations, that are numerically solved over time by an algorithm that generates time dependent behaviors for the model’s variables.

Systems dynamics simulation models, like ProEstado, have the inherent property that the policies which control the behavior of the model (also known as policy variables) are separate from the mathematical structure of system that represents the phenomenon under analysis.  This is very much like an automobile, where the driver applies his/her policies through control mechanisms (steering wheel, throttle, and brakes) so that the “transportation system” (the engine, the transmission, the brakes, the suspension) perform the way the driver wants it.

ProEstado-Guanajuato was originally built to examine the then governor Vicente Fox’s statewide policies, in search of sustainable ones, to be able to ensure that “present and future generations have the resources they need for their development”.  This examination identified important weaknesses in several of Guanajuato’s sectors, one of them water resources. 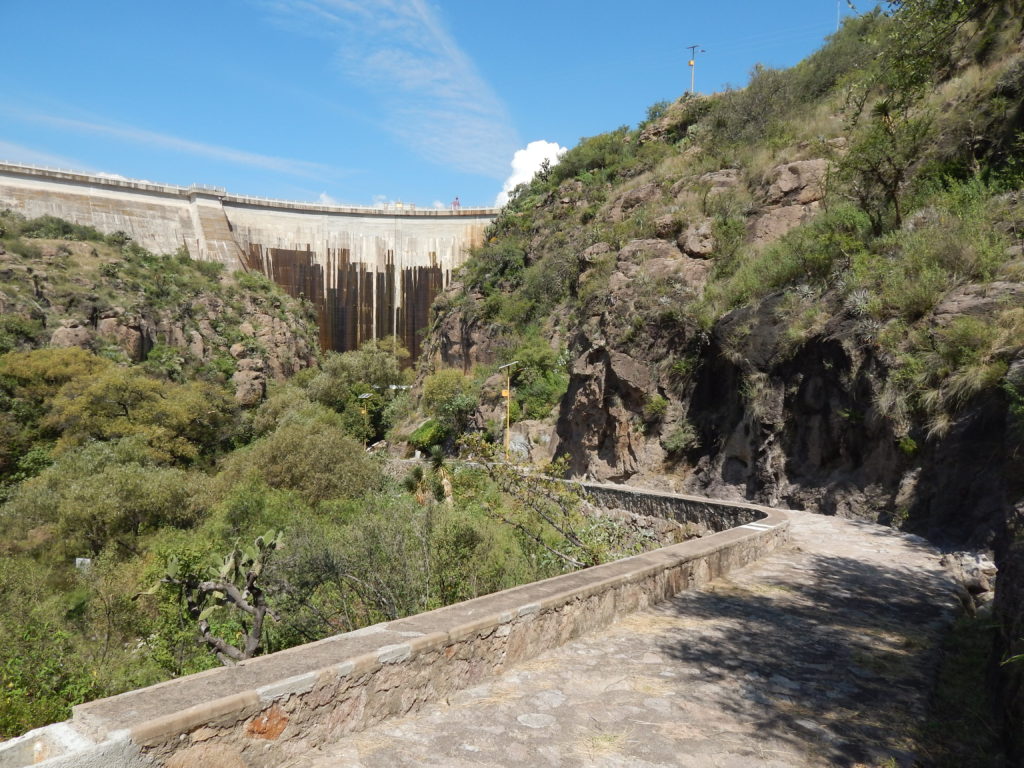